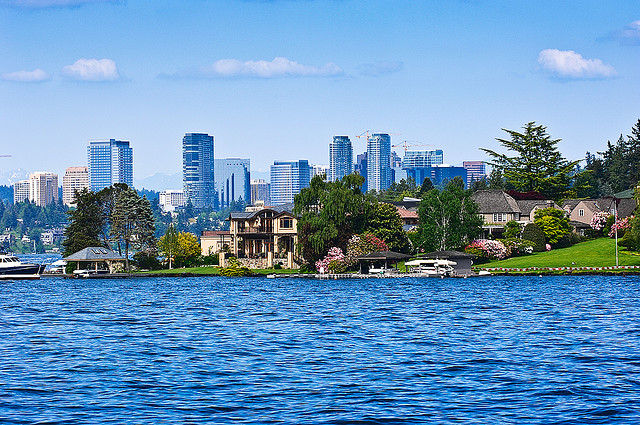 Wendy has specialized in the West Bellevue real estate market for over 20 years and represents some of the most desirable neighborhoods on the Eastside. These communities offer a wide variety of homes, from urban condos and cozy cottages to stylish remodels and exquisite lakefront estates. Specializing in these areas and being part of the community for the past 40 years guarantees that each of Wendy's clients will receive the highest level of service.

Surrounded on the north, west and south by Lake Washington, Medina is bordered by Clyde Hill and Hunts Point and just minutes to downtown Bellevue. The population was 2969 at the 2010 census with 1061 households in the city. The city is mostly residential and home to many of the wealthiest people in the greater Seattle area. Based on per capita income, Medina ranks third of 522 areas in the state of Washington. The city has a total area of 4.8 miles, was platted in 1914 and incorporated in 1955.

The city of Clyde Hill was incorporated in 1953 with a philosophy to retain and maintain the original spacious and wooded character of the community and to remain a relatively small, simple and intimate community. The area of the city covers approximately one square mile and about 632 acres. According to the 2010 census, the population is 2984 with 1028 households and 893 families residing in the city. The city ranks fourth in per capita income in the state of Washington.

Hunts Point is located on a small peninsula surrounded by Lake Washington and is near the neighborhoods of Medina, Clyde Hill and Yarrow Point. As of the 2010 census, the town had a total population of 394 with 151 households. The town has a total area of just under 1/3 of a mile. Based on per capita income, Hunts Point ranks as the 16th wealthiest place in the United States and first in the state of Washington. The town incorporated in 1955.

The town of Yarrow Point is bordered on three sides by the eastern shoreline of Lake Washington. This peninsula covers approximately 231 acres, has 4.32 miles of streets and includes about 374 homes housing an estimated population of 1001 residents. The town’s proximity to the business centers of Seattle and the Eastside makes it a desirable location. The town has incorporated in 1959.

Thank you for your inquiry.